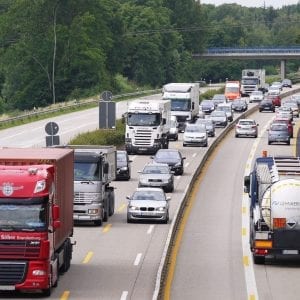 , “Trucking is the freedom. It is the freedom, and the money is right. I am not going to lie to you. You make more than the average Joe,” – said Mamoudou Diawara, a truck driver plying the interstate highways around Chicago.

America is the country that never stops consuming; there are always people that need this or that, virtually around the clock and across the country. It is a big booming economy, and the logistics of moving products from the point of production or point of import to the shelves in stores where consumers can readily get them is always a logistical nightmare.

Thus, there is a massive demand for long-haul truckers across the country. However, it is less than the ideal job for many Americans. Particularly those that mind leaving their families and friends for long-hauls that might take them from one state to the other, month after month, not to mention the dangers involved in the open roads away from big cities and towns.

As the adage goes, ‘one man’s trash is another man’s treasure.’ Many immigrants in the country are drawn to fill up these, less than ideal jobs for many Americans. Immigrants like Diawara have found a source of income driving rigs across the country, and he says, the pay is not that bad compared to the typical jobs, especially an unskilled immigrant could be doing.

Diawara attests to the fact that some truckers can make as much as $200,000 annually hauling cargo in rigs across the United States.

“You got to get the goods to the people. This is how the country is built. It does not matter where you were born; you can be whatever you want. This is what this country teaches me every day,” said Diawara.

Related: How to survive in the US for low income

Things are looking up if you got your own Truck

The trucking industry is more generous for drivers driving their own trucks. Elias Balima, an immigrant from Burkina Faso, has worked for several years in this industry, slowly saving up over the years to buy his truck.

Since he got his truck, Balima says there is no single day he goes without someone calling him to haul cargo from one location to the other. He gets better pay, since there is no commission being split between him and somebody else.

Usually, the pay is split between the truck owner and the driver, but if the driver owns the truck, he keeps all the money.

“People like me who did not go far in the school system, it is an opportunity for us,” says Balima. “It is tiresome. But after that labor, the result is good.”

The monotony of sitting inside a Five-square-meter Compartment

As we mentioned earlier, the trucking business is less than ideal work for a good number of America. Especially if the work involved is driving the truck regularly, most would prefer owning the truck but hiring someone else to do the job, and they split the pay.

Must Read: What career strategy should an African Immigrant consider?

However, for truck drivers like Balima and Diawara, sitting inside the five-square-meter for days on the road comes with a toll. For one, they miss the little things like going to a bed after a long day’s drive, having a shower, a well-cooked home meal, catching a favorite TV program.

“I am almost 34 years old now. I am still not married,” laments Balima. “Because I cannot make my mind up. My mind is between Africa and America. Sometimes I see younger brothers newly arrived from Africa telling me, ‘I will not stay more than two years in the States.’”

Balima however, does admit that America has somethings that makes one want to stick around, McDonald’s french fries are just some of those things.

The Anti-Immigration Stand of the Trump Administration

As much as Balima loves the McDonald’s french fries and economic opportunity that America provides for immigrants. It is not lost to them that the current political regime is largely anti-immigration.

Balima says when debates such touching on politics and immigration comes up, he tries to stay out of it. He is more focused on keeping his eyes on the road and delivering his cargo safely to their destination for as long as it will be possible.

He is very much aware that the name Trump will always hang over his head like a cloud wherever he drives across the country.

“I know they are all politicians. I am not afraid of him. If Americans did not like Trump, he would not be where he is today,”  said Balima.

This article was first featured on VOA NEWS. 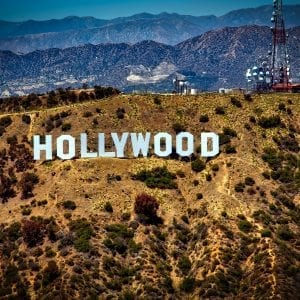 Big Stars in Hollywood You Probably Didn't Know Were African

Africans are making space for themselves in the entertainment world, more so in Hollywood, and we couldn’t be prouder. These...

It’s high time black kids start getting financial literacy lessons from home as soon as possible. You can’t go through...