Carl Craig: Haiti on a Canvas

As an autodidact artist, he abandoned a lucrative Wall Street career to respond to the call of the homeland, through a paintbrush. Portrait.

He thought he could keep it inside him forever, reckoning with the force of this passion living within since childhood. Finally, at the age of 56, (he is 66 today) Carl Craig started making a living out of his passion, painting. The spark? A journey through Haiti, the country where he was born, but left at an early age. The return to his roots prompted his settlement to Haiti, and between the years 2004 and 2006, he worked as a consultant in the transitional government of Prime Minister Gerard Latortue. Carl rekindled with his homeland, re-experienced the beauty of his country, his culture, and savored the humility of his compatriots.

It is within the striking contrast of these two realities that the childhood of Craig Phillipe Carl began to unfold. The first blow, and first warning sign of difficulty ahead, the passing of his father, Emmanuel Pétion Craig who died only eleven days after the birth of his son. The dashing Cuban-Haitian had met his wife Renée Germain in Haiti, where they lived a short time after their wedding, before leaving for Santiago de Cuba, where a large part of their family still resides.
Surrounded by his three brothers and three sisters, a few aunts and uncles, a multitude of cousins and above all, his mother, the youngest little one grew up in the love and warmth of family. “Their warmth filled the emptiness left by the loss of my father,” he says. Seized with melancholy, he adds, “in our neighborhood, we had the impression that fences and walls did not exist; it was an open community which, at the time, facilitated cohabitation. Education, music and sport were a part of our daily lives “.
Then, fear gripped the country when politics took the upper hand, and corrupt politicians imposed their laws. His uncle and his mother’s cousin were murdered. Faced in this hostile environment, the family left the country, and moved to the United States in 1966. At 15 years old, he was confronted with a totally different universe, with hurdles at every turn: the cost of survival!

As Carl began to overcome life’s hurdles, he was encouraged by Pierre Carrie Sr. “One of my mentors”, and joined the US Air Forces in 1973, during the Vietnam War, serving five years. A purely strategic decision, according to Carl: “For me, it was an opportunity to receive an education that was more formal and strict; it was absolutely not about pursuing a career in the military.” After completing a Bachelor’s of Science in Finance and International Affairs at Florida International University, he launched a successful career in the financial market, working under the leadership of another mentor, Max Bayard Sr. “I was always fascinated by the mechanical aspect of finance, a domain without emotion”. Still, he spent sixteen years in that field, rising to the top ranks of Wall Street, becoming the Principal Financial Consultant at Merrill Lynch, a leading US investment bank.

During those years, painting bubbled within, until, that one Haitian trip that made it all explode. After his revealing and enlightening journey, he returned to the USA and started a new chapter in his life, and without a doubt the most important one to date: portraying the beauty of Haiti on canvases, usually, very large ones, “Where I can express myself without restriction”. In his artwork, he illustrates his country represented by warm and striking colors. He magnifies the Haitian tradeswomen, paints the innocence of children playing in the street, celebrates the beauty of his country’s traditional ceremonies, and its natural and cultural wealth, the, symbols of life. ‘I definitely enjoy life, and my colors are purely the reflection of my vision of the tropics, the Caribbean, and particularly, my sweetheart, Haiti”. The painter justifies why women are at the center of his creations: “I venerate and respect women in all their splendor. They are our goddesses. They are the symbol of beauty, goodness, love, sensuality and tenderness, a simple reflection of my experience, a blessing”. For Carl Craig, women are a great source of inspiration, particularly his wife, Marie Donald. It was love at first sight, and she changed his life. “She was standing at the top of a staircase, dressed in black” he remembers.

Back to the painting…A few simplicities inspire the humble artist: “the shades of human beings’ skin and all the nuances of nature, especially the changes and reflections caused by the light, and colors”. Almost philosophical…
Presented as the best Haitian painter, he believes that despite the multitude of artists from his country, many are beginning to appreciate the importance of this form of visual art. He places his hopes on the next generation who benefit from new technologies, and challenges them to “always seek for elements of our culture that we must showcase to the world”.

My challenge: sharing the beauty

When asked where Africa stands in his creations, he responds that it is the “nucleus”. “Haiti is the only country in the Americas who always kept their ties with the Motherland since the first day of independence”. He also confesses that his wife traced his DNA, which revealed 49% of African heritage. That discovery not only drives his quest for the “Motherland”, but also his desire to refine his education of art. In fact, that is the foundation of his success: “Never stop studying art and history, and always apply what you have learnt. That is the key to growth and making amazing daily discoveries”. Living in the United States for so many years, he’s learnt that: “It is a culture that fosters self-awareness, an environment that encourages me, at this stage of my life, to take on a challenge so dear to my heart: sharing the beauty”. It’s another way for him to live the “American dream”.

Today, his greatest dream is to have his own major art exhibition in Africa. He is also working on a project named “Musical Euphoria on Canvas “, to promote Haitian music giants. By the way, did we tell you? In addition to being a painter, Carl Craig is also a photographer and…a musician. Shh! He defends; “I am first and foremost a painter. I use photography as a tool and music as hobby”. We told you.
To see for yourself, just spend a little time in his studio, at his residence in Miramar, South Florida; the ritual is almost the same when the time comes to escape, to express his feelings: background music playing Stevie Wonder or John Lennon, oil paint, a brush in hand…and Haiti on a canvas. 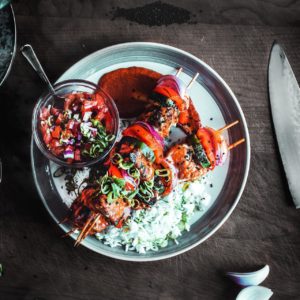 Where to get South African Food near me in the U.S.

Here’s a list of eat-outs, restaurants, and online stores to answer your question ‘where to get South African food near...

The African diaspora is myriad and multifaceted. All over the world, there are populations of African descent present from the...