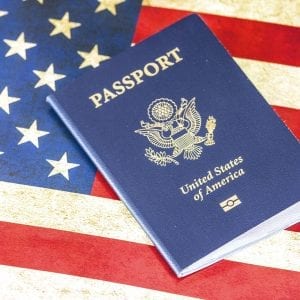 You probably have seen the ‘memo’ that you should be very careful about what you post online. Given the fact that for some time now, some employers have been asking job applicants to submit their social media profiles for vetting during the job interviews.

Maybe you didn’t think that was reason enough for you to start censoring your social media activities and have continued posting anything and everything coming across your mind. Well, you might have more compelling reasons to get more critical on what you post online.

In June 2019, the Trump administration made sweeping changes to the immigration department. One of which was a new requirement for virtually all US Visas applicants to make full disclosure on all their social media activities for the last five years.

Previously, this requirement was only set for travelers flagged for additional vetting. These were travelers who are known to have traveled to parts of the world controlled by terrorist groups. However, the new changes by the Trump administration put virtually anyone applying for a US Visa, up for vetting on their social media activities.

Killing the Fun on Social Media?
When you think about it, it is funny how social media has metamorphosed over the years. It started as a fun virtual community where you interact with family and friends. Then Mark Zuckerberg and et al. went on a monetization overdrive and started roping in marketers, brands, employers, and government agencies. All of whom are interested in your data as a user.

Giving out the wrong data could land you in trouble. The employers, brands, and government agencies now are keeping tabs on your activities and making decisions about you based on what you are doing on social media.

The State Department for one is hawk-eyed on any signs that you may be a sympathizer to radical ideas promoting terrorism. It is not too farfetched to think they are also looking for any signs that you are not a fan of the Trump administration. So perhaps laying off those memes putting a bad light on the 45th POTUS might improve your chances of scoring a US Visa.

Lying has serious consequences
For years, the State Department has been vetting social media activities for Visa applicants known to have previously traveled to world regions controlled by terrorist groups. The agency’s official report puts the number of such Visa applicants at around 65,000. Now that they will be vetting just about everyone applying for a US visa, the number ballooned to 14 million people, including 700,000 immigrant Visas.

As an applicant, you could simply choose not to submit your social media account under the pretext you are not on social media. While it is possible for someone not to be on social media, the State Department will run a search for you across the various platforms. Should they discover you lied about not using social media, there will be some “serious immigration consequences.”

“This is a critical step forward in establishing enhanced vetting of foreign nationals seeking entry into the United States. As we’ve seen around the world in recent years, social media can be a major forum for terrorist sentiment and activity.

This will be a vital tool to screen out terrorists, public safety threats, and other dangerous individuals from gaining immigration benefits and setting foot on US soil.” — Read a statement by the State Department during the announcement of the changes to the media.

Phone Numbers and Emails also included
The State Department requires US Visas applicants also to hand all their phone numbers and email addresses for the vetting process. The social media vetting will consist of all US-founded platforms like Facebook, Twitter, YouTube, and Instagram among others.
If you have a non-US-found social media platform, such as Tencent QQ, Douban, and Sina Weibo, you will still have to submit them for vetting to the State Department for your Visa.

Muzzling Freedom of Expression
When these changes to Visa vetting were proposed last year, the American Civil Liberties Union (ACLU) voiced their concerns. Saying it could lead to dampening down people’s freedom of speech.

“People will now have to wonder if what they say online will be misconstrued or misunderstood by a government official. There is also no evidence that such social media monitoring is effective or fair” said Hina Shamsi, the director of the ACLU’s National Security Project.

When it is all said and done, the rule of thumb remains you should be mindful of what you post online. The same applies to private messages you send to individuals. Paying attention to general ethics and etiquette goes a long way both in real life and now obviously on social media. 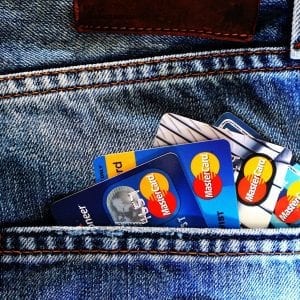 Budgeting: A Path to Financial Freedom

Living in the US, a consumption society, can be very expensive. The daily expenses (taxes, accommodation, utilities and many more)...

How to Boost Ticket Sales for Your Next Event Through Facebook

By Matthew Macharia Let’s say you’ve planned the perfect Christmas dinner party, but you forget to tell your family and...