Nigeria proudly wears the badge of Africa’s biggest economy. That’s something most Nigerians feel lofty about. I mean, they beat other African economic heavyweights like South Africa, Egypt, and Morocco to that title. However, when you talk to Nigerian students in the US, they paint a grim picture of their country.

A picture that is worlds apart from the picture we get from reading some of these economic reports. The reports tend to give a blanket figure as a representation of a country.

A case in point, Statista.com’s blanket economic report shows how well the US economy is doing with unemployment rate being as low as 3.5%. Yet the trucking industry has seen a job loss bloodbath in 2019, with 2,500 truck drivers losing their jobs following the six companies shutting operations due to hard economic times.

That said, I won’t be quick to celebrate the economic statistics bestowed on Nigeria as the biggest economy in Africa. While in reality, a good number of Nigerians can see those statistics translated into food on their plates, and money on their pockets.

In most Nigerian homes, education is seen as a ticket out of poverty. In our previous article, we went into detail about how Nigerian parents instill a culture of learning and academic excellence in their kids at home; nothing short of straight A’s is expected.

Little wonder why Nigerian-Americans are some of the most educated immigrant groups in the US. In the last one year, Nigerian students spent $514 million in US educational facilities. By far the most economic impact by students in the US.

They even outpaced expenditure by students from some of the most industrialized nations like Germany, France, and the UK.

Nigeria may be Africa’s biggest economy, but it cannot be described as an industrialized country. It is, therefore, an economic loss when Nigerian students are spending over half a billion dollars annually in learning institutions abroad.

However, we would be cautious not to point fingers at the students, rather than the country’s leadership. The education sector for one is understaffed and lacks enough facilities. The few facilities that are there are nearing redundancy in as far as modern standards are concerned.

In 2019, the government of Nigeria allocated just $1.7 billion for the local education sector. Critics argue that is 15% to 20% below the UNESCO’s recommended minimum level for developing nations.

The problems bedeviling the public education sector is further compounded by the fact that teachers frequently go on strike in protest of poor pay and benefits. This problem has led to mushrooming up expensive private universities across the country, with a promise of fixed calendars with no lecturers strikes and modern facilities.

Nigerian students from middle- and high-income homes have since opted for these local private universities. However, they are still too few and too late. The country has a vast population of qualified students waiting to join universities. Joining those institutions is a cut-throat competition where only one in four applicants get admission.

In the period between 2010 and 2015, just 26% of 10 million Nigerian students who applied for admission at these local private tertiary institutions got admitted.

Nigerian parents, especially those in the middle- and high-income brackets, desire the best future for their children. Not only do they instill a culture of academic excellence and hard work in their kids, but they are also willing to pay vast sums of money for the best education possible.

Foreign universities, like the world-class institutions found in North America, are seen as the key to unlock the doors of opportunities. It is one of the primary pull factors of immigration of Nigerian middle- and high-class into the US and Canada.

In the last academic year, the number of Nigerian students studying in the US crossed the 13,000 mark. That is twice their numbers in the US at the start of the decade.

Well, how many US students go for studies in Nigeria? Their number has never exceeded 50 in any year.

Nigerian Students with Foreign Degrees have an Edge

While a good number of Nigerian students who travel abroad for studies end up securing well-paying jobs in the host countries. Some of them do come back home after attaining their degrees.

Their expensive and foreign degrees give them an edge in the cut-throat competition that is the Nigerian job market. There are very few jobs to go by, and having a degree from an ivy league school in the US, will make you as a job candidate cut ahead of the queue.

The sad state of affairs is that over half of graduates coming out of Nigeria universities remain unemployed. Graduates applying for jobs in Nigeria only secure employment when they are the best of the best, and foreign degree serves a great deal in creating that impression.

Nigerians value education, and they will spare no expense to acquire the best education and to the highest possible standards. It is a culture that has been molded into them by their parents, who saw the educated land white-collar jobs with better pay. At least when compared to traditional sources of income like farming.

However, as the country came out of the yolks of colonization, the successive governments of the day have mismanaged the country’s resources, plundered the country into war, and the population snowballed, making Nigeria a struggle for existence. Nigerian students keen on turning the tide in their favor have since opted for foreign education, which could land them better jobs and higher quality of life outside Nigeria.

Studying In The United States: Overcoming The Financial Burden

There is a humorist and writer, Mark Twain, who used the perfect words to describe real estate investment. He said,... 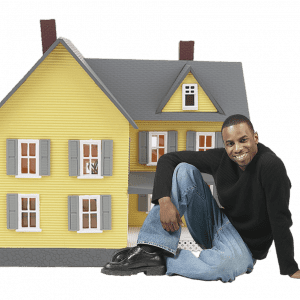 Buying a House in the United States for African Immigrants

A house can be just a building you inhabit that gives you sanctuary from the elements and gives relief from...